Laziness as a Virtue#

I’ve always been a bit lazy. Not lazy like I don’t like to work. Almost the opposite, actually. Lazy like I spend too much time on things that should allow me to work less. Like that time I decided to start learning the dvorak keyboard so I could spend “less time typing.” 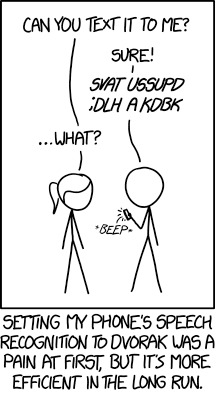 While I’m not sure my approach to “doing less work” has actually achieved its stated goal, it has made me more efficient at certain tasks. Like using Excel. It’s fun to dance around a worksheet using only my keyboard and have people chuckle a bit and ask “what just happened”? And you can easily get that reaction even if you don’t know as many shortcuts as me. Sometimes just using Ctrl+Down to go to the last row in the sheet is enough to spark a little wonder. And if it’s not, maybe Alt-e-s-p to paste special might do the trick. Regardless, it’s definitely worth learning the shortcuts. I do it in almost every program I use. It isn’t always easy, but it’s almost always worth it.

When I start mentoring someone on how to get better with Excel/data, one of the first things I try to tell her is “lose the mouse.” I had a friend from grad school tell me his boss ripped the mouse cord out of his computer when he wouldn’t stop using it, so he had no choice after that. I thought that was a great strategy! Changing your environment is one of the easiest ways to achieve new goals. I’ve threatened to rip the mouse cord out of a staff’s computer a few times, but I’m not one to destroy company property. But you should consider doing it when you are using Excel! It is possible to get 95% (?) of your work done without a mouse. I’m living proof.

This is heavily based on similar material from Chip Pearson’s website. I think I started with his webpage and then modified it based on what I knew or could find out. As you can see, it’s organized by key down the left (e.g., A or B or F1, etc.), and then by “modifier” along the top (e.g., Shift, Ctrl, etc.). The Alone modifier means that there is no modifier (e.g., just pressing the F1 key by itself will bring up Excel help).

But enough about Excel …

When I started learning Excel shortcuts, I thought I was hot sh**. I knew that hitting Ctrl-Space highlighted the entire column! No one knows that! (remember, I was still young and smarter than everyone back then). Anyway, I heard about a program called Vim that I decided to try out. Vim was identified as (and actually is) one of the most difficult programs to learn that has ever been created. I found it to be even more difficult to learn than figuring out how to control Windows automatic updates. Millions of people can’t even exit the progam after they open it. But that didn’t bother me. If I was willing to spend time learning the dvorak keyboard to become a faster typer, I could sure as hell learn a text editor to help me compound that efficiency gain.

That experience taught me a little humility. I learned what true efficiency meant, and I had no idea the program even existed. You should go read about the program, download it, and try it out if you’ve never heard of it. Use the link above if you can’t figure out how to exit.

So I now know Excel and Vim pretty well. And a little while back, I was trying to figure out what shortcuts I could use for some custom macros I had created. In particular, I created an open-source add-in based on the ideas in a financial modeling course I had taken. But I wanted to expand on the program, so I went searching for a comprehensive list of shortcuts, and found a pretty complete list at Chip Pearson’s website. As I mentioned above, I expanded his work and build the hotkeys spreadsheet. In doing this, I realized that there was nothing stopping me from creating a “Vim-like environment” in Excel. 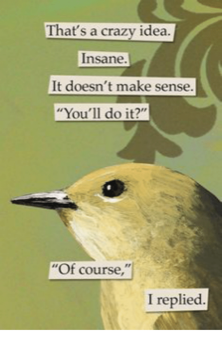 See, normally when you start typing a letter in Excel without a modifier (or with just the Shift key), you start editing the cell (overwriting whatever was in there with the letter you just typed). If you’ve used Vim before, you know that this doesn’t have to be the way it works. What if instead we repurposed those keys to do something else? Vim has several “modes” that you are operating in whenever you’re using the program. The default mode is called normal mode. In normal mode, you can go up one line by pressing the k key or down one line with the j key. If you want to start editing text, you press the i key, which puts you into insert mode. What if we could create a normal mode versus an insert mode in Excel? It turns out you can, and it’s not even that hard.

The trick is to create a few VBA functions that simulate what you want to do, then use Application.OnKey to call those functions instead of editing a cell. The hotkeys spreadsheet also gives you the ability to call custom macros (or create the code that does so) pretty easily. If you want to call your “call_my_mom” macro by pressing Ctrl-m, just type call_my_mom into cell D27 (the intersection of the m key and the Ctrl key), then press the Create Code button. You can then paste the code on your clipboard into the module where you defined the call\_my\_mom macro and reload the spreadsheet to make it happen.

I’ve created a few “vim-like” macros and assigned some shortcuts that you can download here. Here is what’s implemented:

This isn’t supposed to be true Vim emulation (that would be virtually impossible and probably not something I’d be interested in). But it was a fun exercise and will hopefully spark some ideas about what’s possible! If you like it, please consider signing up for my newsletter below to hear if I make any updates or post other things you may find interesting!